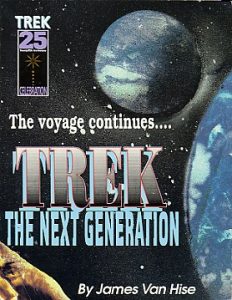 From the publisher of
The Trek Encyclopedia
Trek: The Lost Years and
Trek: The 25th Anniversary Celebration come the
definitive book of
The Next Generation

The Next Generation is now in its fifth season and continues the adventure of Star Trek where no one has gone before. Captivating new characters and fantastic stories continue to explore the amazing future of the world of Star Trek. The Next Generation has already experienced more exciting adventures than did the original crew, and the story has only just begun.

For the first time in print, Trek: The Next Generation reveals the complete behind the scenes tale of the creation of the new series. Learn how each major character was developed. Explore each of their fantastic voyages. Meet the actors and actresses who bring Picard, Riker, Data and all the other fabulous heroes to life. Discover the startling views of the original cast including William Shatner and Leonard Nimoy, and how they now feel. 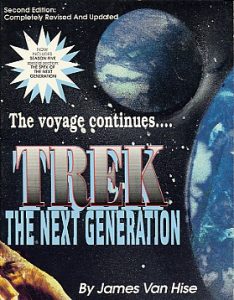