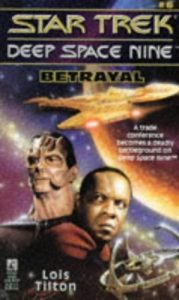 Ambassadors from all over the Federation have assembled on Deep Space Nine for a conference that will determine the future of the planet Bajor. Keeping dozens of ambassadors happy is hard enough, but soon terrorists begin a bombing campaign on the station, and Commander Sisko’s job becomes nearly impossible. Distracted by all of this, he’s in no position to deal well with the arrival of a belligerent Cardassian commander demanding the return of Deep Space Nine to the Cardassian empire, but he must rise to the occasion if his station and Bajor are to emerge from the crisis intact.