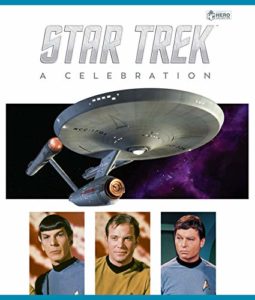 The definitive collection of interviews, history, photos, and artwork from Star Trek: The Original Series. A must-have for all fans of Captain Kirk and his crew.

Following the success of Star Trek Voyager: A Celebration, this second volume in the series focuses Star Trek: The Original Series. The book will be released in the week of Star Trek’s 55th anniversary.

Gene Roddenberry’s series changed television forever and created a broadcast phenomenon, and world that continues to influence our culture today.

With a curated selection of archive interviews, personal recollections from cast and crew, and new interviews specially undertaken for the book, the chapters explore the writing, directing, production art and visual effects, plus classic episodes from the show’s three season run.