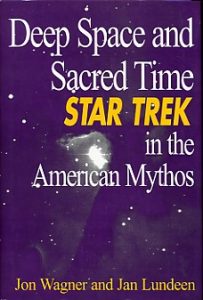 What could possibly account for the scope and longevity of the Star Trek phenomenon? With legions of impassioned fans and a life span of 30 years and counting, the Star Trek television and film corpus has made Gene Roddenberry’s creation nothing less than an American mythology. Deep Space and Sacred Time examines for the first time in book-length form the many ways Star Trek has served as a mythic reference point for American society―and suggests that an understanding of this might help us to see ourselves more clearly as a culture. Moreover, this thoughtful and thought-provoking work posits that Star Trek offers its audience a sense of hope and, in the setting of an orderly cosmos, the possibility for empowerment.

Written to appeal to thoughtful Star Trek viewers, as well as teachers and scholars, Deep Space and Sacred Time examines Trek’s humanist creed, with its faith in the human capacity for compassion, growth and self-guidance. Roddenberry’s optimistic vision stressed the tolerance of diversity, the central role of friendship and loyalty, an opposition to prejudice, and the rejection of organized religion and divine authority. Employing the framework of contemporary social analysis, authors Jon Wagner and Jan Lundeen reveal the evolving tension between Star Trek’s liberalism and its subliminal messages of gender, race and class hegemony; yet they also take issue with the recent wave of critical scholarship that finds only homophobia, sexism, racism, and other oppressive forces dominating the Star Trek mythos. Citing hundreds of examples from the first eight Star Trek feature films and the four television series, the authors consider the ways in which Star Trek invites its audience to explore the nature of the self, the essence of humanity, the construction of gender, the possibility of utopia, and the role of narrative in shaping an intelligible cosmos. 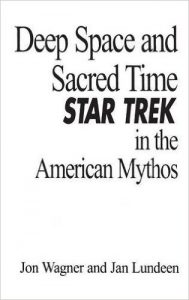