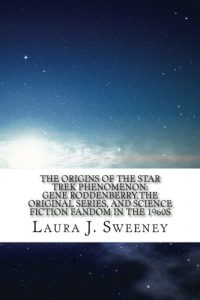 Abstract: Star Trek became one of the most popular television series, not only in the United States but the world, in the latter half of the twentieth century. The original series aired from 1966 to 1969, a momentous time of change in American history. During the middle to late sixties, American society was responding to recent civil rights legislation, underlying Cold War tensions (especially those associated with Vietnam), and evolving gender roles. Even though the accepted notion that the series embraced progressive thought drawn from Lyndon Johnson’s ideals of the Great Society and one of racial, gender and economic equality, Star Trek’s plots and scripts often contradicted this ideology intentionally and unintentionally. Star Trek’s inconsistency, to some degree, stemmed from some of its writers immersion in conventional points of views as evidenced in the scripts they wrote. However, some of the most glaring inconsistencies came from Roddenberry’s influence on the series. Over the development of the series, the meaning and liberal-humanist elements within Star Trek were initially contributed by others on the production team; then fans took those messages and created a worldwide phenomenon that celebrated those ideas. Ultimately, it was the fans who infused Star Trek and the series fan community with their collective hope and optimism for the human race. Primary sources include: Extensive correspondence from the Gene Roddenberry Star Trek Television Series Collection, 1966-1969. Performing Arts Special Collections. University of California at Los Angeles Library. Oral History interviews with Juanita Coulson and Bjo Trimble. Star Trek fanzine publications donated by Juanita Coulson and Devra Langsam. Additional information at author’s website: http://www.laurajsweeney.com/