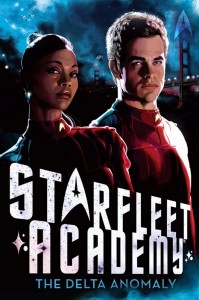 After a rough week at Starfleet Academy, James T. Kirk and his friends blow off steam at San Francisco’s hottest new club. Their good times come to a screeching halt, however, when one of the cadets is attacked by someones who seemingly appears out of thin air.

Bones and his medical team save the cadet’s life, but they uncover the horrifying consequences of the attack. Meanwhile, Starfleet’s investigation reveals the assailant is actually a brutal serial killer from the past – a mysterious entity known only as the Doctor. Who is the Doctor, and why has he returned after disappearing more than twenty years ago?

At the urging of Commander Spock, Cadet Uhura is called to decipher a message from the Doctor. Spock has no idea that by enlisting Uhura’s help, he has placed her firmly in the Doctor’s sights.

Before long Kirk, Uhura and Bones are caught up in the Doctor’s dangerous web as they race against time to stop the killer before he strikes again. 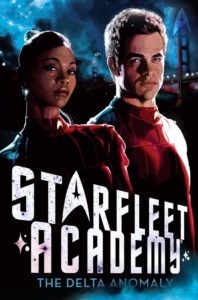