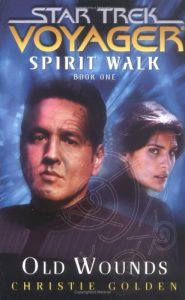 Captain Chakotay, one-time Maquis resistance fighter, is ready to prove himself as the new commanding officer of the Starship Voyager — but sceptics back at Starfleet Command are watching him closely for any sign that he will revert to his renegade Maquis ways. His first mission as captain, to transport a group of displaced colonists back to their home planet of Loran II, seems easy enough: make sure the planet is safe for colonisation, unload the settlers, and head back to Earth. He even has an extra reason to enjoy the trip — his sister Sekaya has joined the mission as a spiritual advisor to the gentle and peace-loving colonists. But on Loran II hey discover a mysterious storm, an ominously deserted settlement and a hidden threat from Chakotay’s past that could destroy them all. Will his career as captain be over before it has even begun? 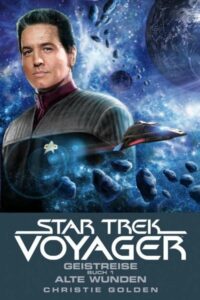