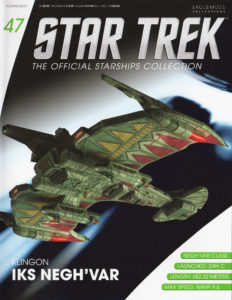 The Klingon IKS Negh’var was the flagship of the Klingon Imperial Fleet. Commanded by a changeling posing as General Martok, it led the Klingon Empire’s invasion of the Cardassian Union.