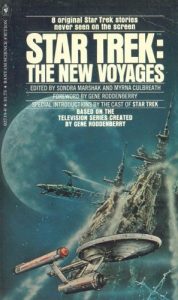 Star Trek: The New Voyages was an anthology of novellas released by Bantam Books, edited by Sondra Marshak and Myrna Culbreath. It included a foreword by Gene Roddenberry and introductions to the stories by members of the original series cast.

Although published professionally under copyright, the stories contained in the anthology were all written by fans. The Acknowledgments also contained an address for manuscripts and feedback to be sent, with the intention of further volumes being produced. 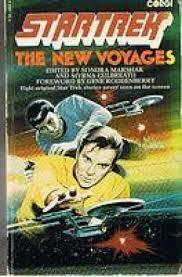 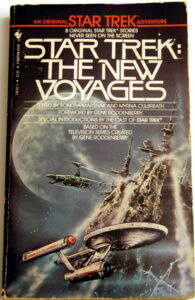 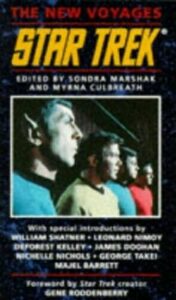 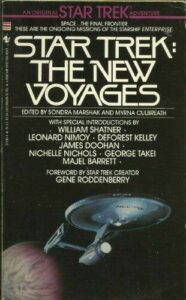 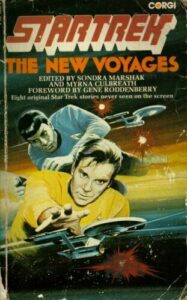 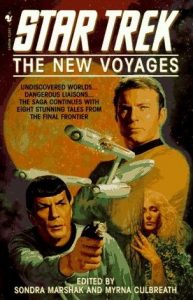