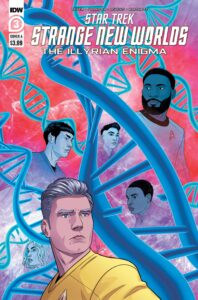 Captain Pike and the crew of the Enterprise delve deeper into the mystery surrounding the Illyrians! With the fate of Number One at stake, a secret is revealed that will shake the Federation to its core! Don’t miss this all-new series set between seasons one and two of the hit Paramount+ series Strange New Worlds! 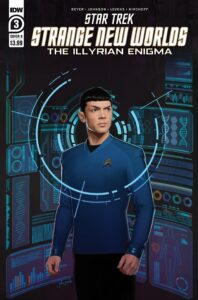