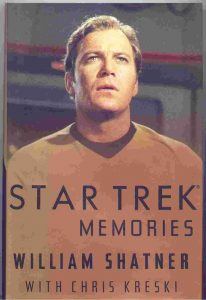 Fans of TV’s 1960s science fiction series Star Trek will go into orbit over lead player Shatner’s candid, captivating reminiscence, packed with stellar anecdotes and backstage lore. Writing with help from MTV editorial director Kreski, Shatner reveals details of day-to-day work–and some of the fights with nervous studio executives who were not quite ready for the future. Problematic were writer/producer Gene Roddenberry’s proposal that the starship’s strong, efficient first officer, “Number One,” be played by a woman, namely Majel Barrett who later became the softer, secondary character Nurse Chapel; the casting of Leonard Nimoy as the pointy-eared alien Dr. Spock; and the interracial kiss scripted for Shatner and Nichelle Nichols. We learn that every episode was filmed in the “ridiculously inadequate timespan” of six days, with one week for preproduction, creating excessive pressure on many actors and members of the film crew. Aided by recollections of other cast members, Shatner’s memoir covers everything from turf wars to special effects in an appealing, humorous tone. Illustrations include stills, photos and drawings of sets. 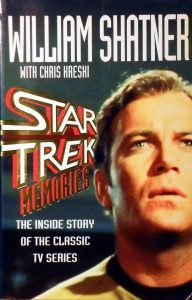 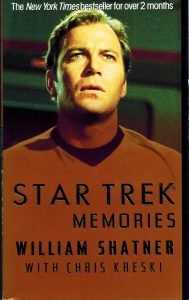 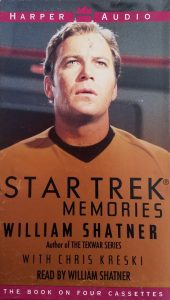 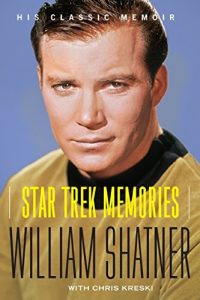