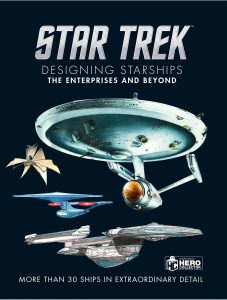 Delve deep into the design process that led to the iconic Star Trek ships featured on television and film with Star Trek: Designing the Starships Volume One: The Enterprise and Beyond. Packed with concept art and interviews with the ship designers and screen model builders, this never before explored subject will appeal to all Star Trek fans.

Explore the design process behind the creation of the most iconic ships in Star Trek’s history!

Learn about the real-world people events behind one of the greatest science fiction universes.