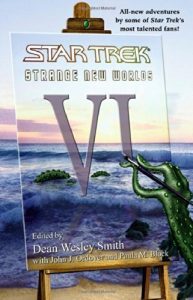 Join Strange New Worlds in its thrilling quest to uncover the most compelling Star Trek fiction this side of the Galactic Barrier!