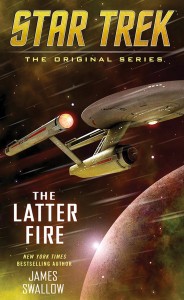 The five-year mission of the Starship Enterprise has brought the vessel and her crew to the forefront of an important first contact situation. Under the command of Captain James T. Kirk, the ship is heading to the planet Syhaar Prime in the Beta Quadrant—the home world of an alien civilization preparing to take its first steps on to the galactic stage. One year earlier, the Enterprise came across a badly damaged Syhaari explorer vessel drifting in deep space. In collaboration with the explorer’s captain, Kirk and his crew were able to restore the ship to full function and send it on its way. And now, as the Syhaari display rapid technological advances made over the past year, hard questions must be asked. Did the Enterprise crew leak advanced technology or information to the Syhaari during their first encounter, in total violation of the Prime Directive?