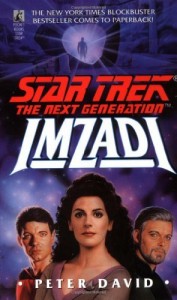 Years before they served together on board the “U.S.S. Enterprise.” Commander William Riker and ship’s counselor Deanna Troi had a tempestuous love affair on her home planet of Betazed. Now, their passions have cooled and they serve together as friends. Yet the memories of that time linger and Riker and Troi remain “Imzadi” — a powerful Betazoid term that describes the enduring bond they still share. During delicate negotiations with an aggressive race called the Sindareen. Deanna Troi mysteriously falls ill…and dies. But her death is only the beginning of the adventure for Commander Riker — an adventure that will take him across time, pit him against one of his closest friends, and force him to choose between Starfleet’s strictest rule and the one he calls “Imzadi.” 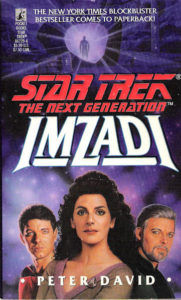 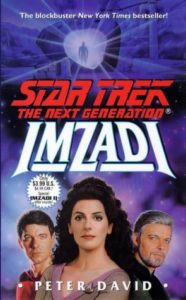 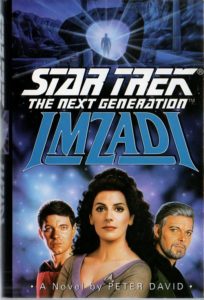 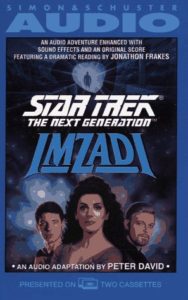