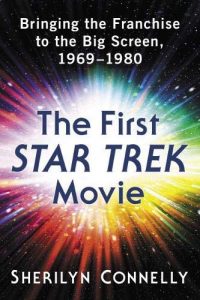 The history of Star Trek’s resurrection, between the 1969 cancellation of the original series and the 1979 release of Star Trek-The Motion Picture, has become legend. Like many legends, it tends to get printed instead of the facts. Drawing on hundreds of contemporary news articles and primary sources not seen in decades, this book tells the true story of the first Star Trek reboot. After several attempts to revive the franchise, Robert Wise’s ST-TMP was released on a wave of prestige promotion, hype, and public frenzy unheard for a film based on a television show. Controversy surrounded its troubled production and $44M budget, earning it a reputation at the time as the most expensive movie ever made. After a black-tie premiere in Washington, D.C., its opening in 856 North American theaters broke multiple box-office records–a harbinger of the modern blockbuster era. Despite instant financial success, the film was panned by both critics and the public, leaving this enterprise nowhere to boldly go but down.