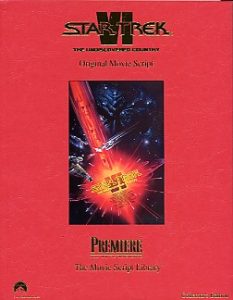 Star Trek VI: The Undiscovered Country is a 1991 American science fiction film released by Paramount Pictures. It is the sixth feature film based on Star Trek, and a sequel to the 1966–1969 Star Trek television series. Taking place after the events of Star Trek V: The Final Frontier, it is the last film featuring the entire cast of the original series. After the destruction of the Klingon moon Praxis leads the Klingon Empire to pursue peace with their long-time adversary the Federation, the crew of the USS Enterprise must race against unseen conspirators with a militaristic agenda.