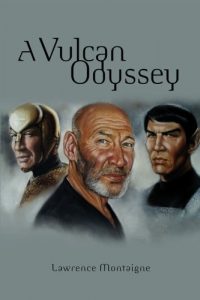 Lawrence starred or co-starred in twenty-five films in the U.S. and in Europe and also appeared in more than two hundred television episodes. Upon discharge from the Marine Corps, he studied Drama at The Dramatic Workshop in New York and was later featured in such films as ‘The Great Escape’ (with Steve McQueen and James Garner), ‘Tobruk’ (with Rock Hudson and George Peppard), ‘The Power’ (with Geroge Hamilton and Suzanne Plechette), ‘Captain Sindbad’ and ‘Damon & Pythias’ (both starring Guy Williams), ‘The Mongols’ (starring Jack Palance and Anita Ekberg) and ‘Escape To Witch Mountain’ (with Ray Milland and Donald Pleasance.) He starred in ‘Pillar of Fire’ (made in Israel), ‘Mobby Jackson’ and ‘Rapina Al Quartiere Ovest’ (both made in Italy.) He has worked in Italy, Germany, Yugoslavia, and Israel. ‘Of all the films, television and theatre I’ve done, I can honestly say that the things I’m most remember for are the two roles I created on the original Star Trek: DECIUS in Balance of Terror and STONN in Amok Time.’