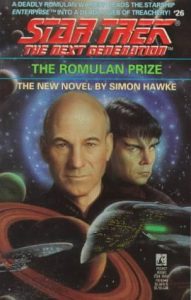 Hermeticus 2 is a planet so shrouded in secrecy that few in the Federation even know of its existence. When a Romulan spy learns of the world, it becomes the centerpiece of a far-reaching Romulan plan.

On routine patrol near the border of the Neutral Zone, the Starship Enterprise discovers an advanced Romulan Warbird prototype drifting lifeless in space. Investigating the vessel, Captain Picard is drawn into a plot that threatens the very foundation of the Federation. Now, with time running out, Captain Picard and the crew of the U.S.S. Enterprise must stop the Romulans before the deadly secret of Hermeticus 2 overwhelms them all.